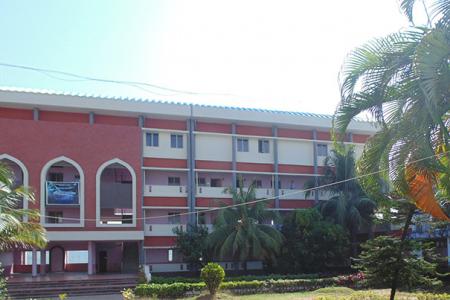 Anjuman is pleased to announce that the new extension block  of AITM, which has been completed, has been named S.M. Yahya P.G. Block as per decision taken by Anjuman Executive Committee for his unforgettable contribution for the development and growth of Anjuman and its institutions. Finally the long felt need of remembering his services to Anjuman has been partly fulfilled by naming the engineering institutes post graduation section’s new block in his memory as ‘S.M. Yahya Memorial Block’ .

Late Janab S.M. Yahya, who served the community as a honest, sincere and committed leader had also been Cabinet Minister in various capacity heading Finance, Labour, Higher Education, Wakf and Excise portfolio at different times in Government of Karnataka. He also served Anjuman as General Secretary and as President.

His major contribution to Anjuman was as follows:

The AITM new extension block completed recently has been built to cater the built up space needs of AITM as required by Visvesvaraya Technological University and All India Council of Technical Education to which AITM is affiliated for it’s growing activity. AITM needed the additional space for class rooms, laboratory and seminar rooms for it’s recently increased intake of seats of undergraduate courses, and introduction of new postgraduate, research and doctorate courses in engineering.

The project has been completed well in time and not much beyond estimated budget in spite of many bottle necks and recent shortage and  cost escalation in construction materials common in Bhatkal. The Block is going to be inaugurated shortly. However due to immediate need the class rooms are being used already.