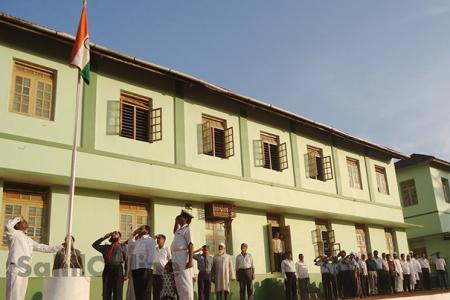 The nation celebrated the 64th republic day on 26th January 2014. Anjuman also celebrated the Republic Day yesterday. All the institutions of Anjuman celebrates the two national events and flag hoisting is done in each of the institutions every year. Anjuman calls local dignitaries or guests among those whose services to the community and Anjuman are exemplary for the flag hoisting and the guests addresses the students. Besides our NCC wings and souts division take part in the ceremonial parade and March past arranged by Government in the Police Parade Ground.

Anjuman NCC wing was adjudged the best unit of the March past and was awarded the First Prize this year as well as last Independence day.