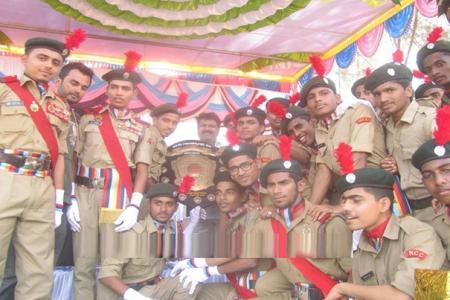 Anjuman’s NCC wing received the Rolling Shield for the best turn out during the Republic Day parade held at Police Ground at Bhatkal on 26th January 2015. It competed with other units of other Schools and colleges and the Police and Reserve Police also participated in the March past. All top Government and other Civil bodies’ officers and elected representative attended the parade. Mr. Mankal Vaidya, Bhatkal MLA presented the Shield to our boys.

Anjuman Institutions are not only excelling in academic field by getting top ranks in University and obtaining 100% results, our students are performing well in sports and co curricular activities by winning prizes in literary and other competitions.